Direct-fed microbials (probiotics) are dietary supplements that contain live bacteria, which aim to increase the populations of good bacteria in the intestinal tract of the animal. Direct-fed microbials are beneficial in that they have competitive exclusion properties — “good” bacteria compete with “bad” bacteria for binding sites and nutrients in the gut, theoretically always keeping the balance in favor of the beneficial bacteria. Many probiotic species are also capable of secreting substances that are harmful to many pathogenic bacteria and/or altering the environment in such a way that the pathogenic bacteria are unable to survive. Direct-fed microbials are great additions to a daily diet, but are especially helpful early in an animal’s life, during times of stress, and following any medical treatments. 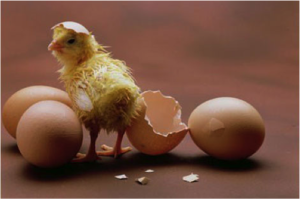 For poultry specifically, direct-fed microbials are especially useful early in the chick’s life. Unlike most other livestock, chickens are usually hatched in a relatively sterile environment and their intestinal tracts contain few to no bacteria populations. This is the perfect opportunity for pathogenic bacteria to colonize and cause issues in young birds. Feeding direct-fed microbials directly after hatch allows you to colonize their guts with beneficial bacteria early, giving them a better chance at deterring pathogens later.